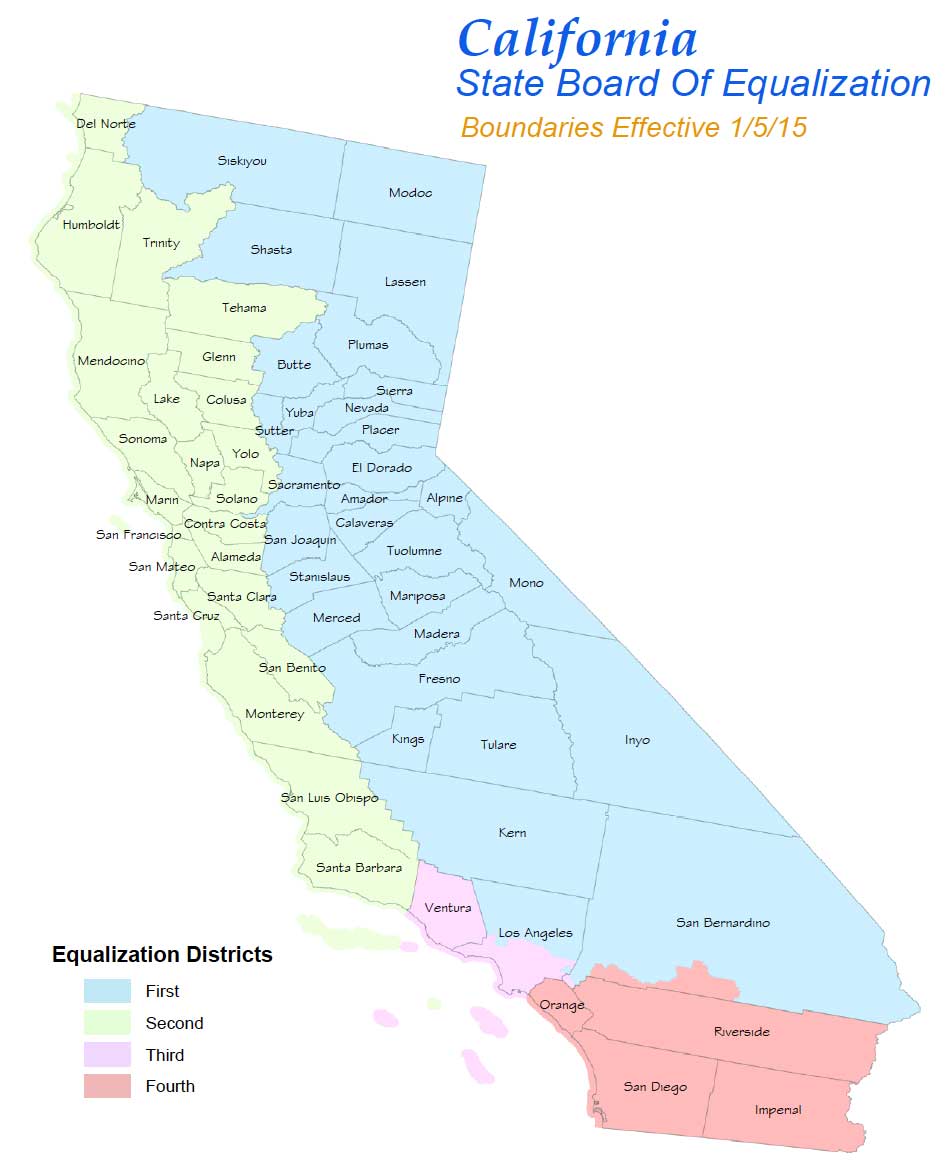 The California State Board of Equalization (BOE) was created by a constitutional amendment in 1879 to ensuring that county property tax assessments were equal and uniform throughout all parts of California. Today, as the United States’ only elected tax commission, the BOE is one of the most powerful taxpayer referees in the country.

Today, BOE administers 34 tax and fee programs, 32 of which produce revenues of $52.5 billion annually. Over one million California businesses in nearly every field of commercial activity are registered withBOE. The taxes they pay support schools, hospitals, police, roads and other public services.

The five constitutional officers who make up the Board ofEqualization serve concurrent four-year terms. Four of the Board Members are elected from large districts. Each BOE district consists of about 9.5 million Californians. The fifth Board Member is the State Controller, who is elected statewide every four years.

The 5-member BOE also hears appeals from citizens and businesses about tax disputes and often renders rulings that have broad impact over California tax policy. The BOE Chair also serves as the 3rd Member of the powerful Franchise Tax Board (FTB), which administers California’s tax system.

With such broad powers, Californians need a strong taxpayer advocate on the Board of Equalization like small business owner Ted Gaines.  Taxpayer groups, business owners, families and elected officials at all levels support Ted Gaines for the Board of Equalization because of his proven record at stopping tax increases and fighting for taxpayers, including protecting Proposition 13.  Ted Gaines is the leader California taxpayers need on the BOE to provide proven leadership, stop tax increases, reduce burdensome regulations and create jobs.